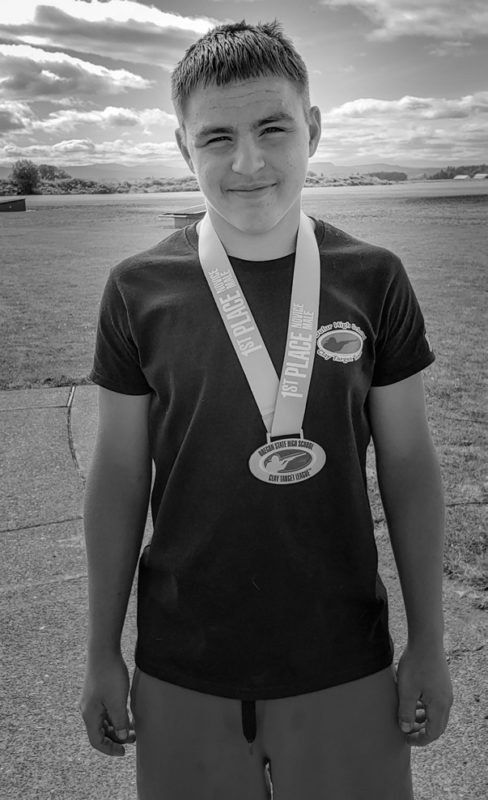 Parker Wallace of Dufur, above, took first place in the male novice category at the Oregon State Trap Shooting Tournament on June 22 at the Hillsboro Trap and Skeet Club. He shot 81 out of 100 targets.

Dufur took 11 of 15 regular season team members to the tournament. They competed in novice, junior varsity and varsity classes based on their season average scores.

The tournament was the largest shooting event in the western United States, with 477 registered participants from throughout Oregon.