Wasco Electric Cooperative > Inside Ruralite > Meet Your WEC Board

Meet Your WEC Board 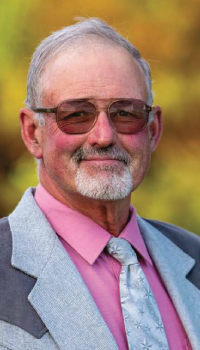 Bob Durham and his wife, Kathy, have been residents of Wasco County for 42 years. Bob graduated from the University of Idaho with bachelor’s and master’s degrees in animal science. Bob and Kathy have two adult children, Brian and Sarah. Bob and Kathy own and operate a hay and cattle ranch west of Dufur. Bob also does custom hay stacking for other farmers in the summer.

Bob has served the six term limits for directors of Wasco Electric, but the bylaws provide that if a director is serving as a director of a state, regional or national electric board—which he currently is—the members may waive the term-limit provisions. With your vote for Bob, you would expressly waive the term-limit provisions, as provided for in the bylaws. 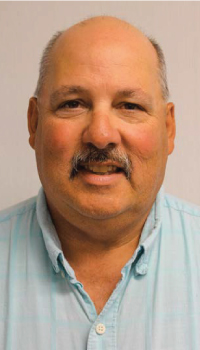 Steve Kaseberg is from Wasco, where he lives with his wife, Lisa. He is a fifth-generation farmer and owner of K-3 Ranches Inc., growing wheat and barley in Sherman and Gilliam counties.

Following his graduation from Sherman High School, Steve attended Linfield College and Blue Mountain Community College. Upon completing his education, he worked for a wheat ranch in the Pendleton area until returning home to the family farm in 1989.

Steve has been involved in many county, school and agriculture cooperative boards. He would be honored to serve on Wasco Electric’s board of directors to learn more about the business and be a voice for the membership at the board meetings. 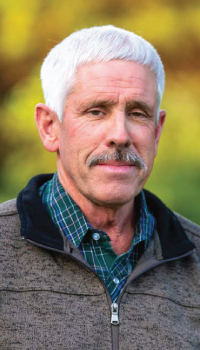 Jim McNamee is a fourth-generation rancher from the Antelope area.

He and his wife, Maria, live on the family ranch in Antelope. His daughter Kate is a nuclear medical technologist in Billings, Montana. His daughter Lisa just started her career as an accountant in Lake Oswego.

Jim graduated from Madras High School and Lane Community College. He was active in FFA and VICA, acquiring firsthand knowledge of parliamentary procedure and working with groups. He has been a member of the Oregon Wheat League, Wasco County Weed Board, NRCS Budget Committee, Bakeoven Watershed Council and Country Natural Beef Co-op. Jim and his family are members of St. Patrick’s Catholic Church in Madras. Jim is also a member of the newly formed Ashwood Antelope Rural Fire Protection Association.

Jim has served on the Wasco Electric Board of Directors for the past 13 years. During that time, he has gained valuable knowledge and experience, which will help in serving the co-op membership if reelected. While on the board, Jim has taken many classes. He has completed NRECA’s Credentialed Cooperative Director program to further his knowledge of the electric industry and operation of an electric co-op.

Electricity is an extremely important part of all of our lives, and our rural associations need strong leaders in today’s changing global environment. If elected, Jim is willing to invest the time to represent the members of District 2. 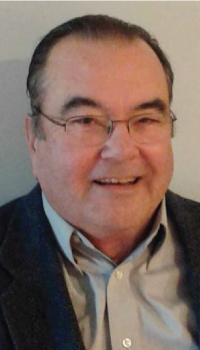 Pat Davis was born and raised in The Dalles and is a rancher in southern Wasco County. He and his wife, Margaret, have lived the past 43 years on their family ranch near Wamic.

His daughter, Brandy, works in the legal department at the University of Oregon. His son is an English teacher for the Salem School District.

Pat graduated from Wahtonka High School, attended Lane Community College and graduated from the Oregon-Washington Carpenters Apprenticeship Training Center as a journeyman. He worked on many large construction projects before being elected business manager for the United Brotherhood of Carpenters.

Pat held the position of regional manager for the Carpenters Union for Oregon, Southwest Washington and Southern Idaho. At the time of his retirement, he was political director for the Pacific Northwest Council of Carpenters for Oregon, Washington, Idaho and Montana.

He was recently appointed to the U.S. Forest Service Resource Advisory Council for the Mount Hood and Willamette national forests.

Pat has long admired the work the Wasco Electric Cooperative Board of Directors does to enhance quality of life. If elected, Pat would work hard to continue the type of great leadership the members have come to expect. 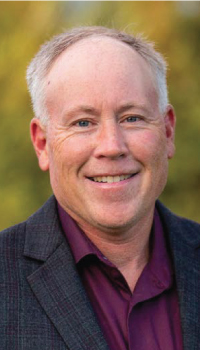 Jerry Duling was born and raised on a dryland wheat farm near Maupin. After graduating from South
Wasco County High School in 1982, he attended Oregon State University, where he earned a degree in agriculture and crop science.

Following graduation, Jerry moved to Madras, where he worked for Madras Farms and Madras Produce as a salesman in their fresh pack potato warehouse.

In 1989, he moved back to the family farm in Maupin and married his wife, Tonya. They have three boys: Joshua, Joel and Nathan. Jerry served on the South Wasco County School Board for 11 years and serves on the Juniper Flat Rural Fire Protection District board.

His farm has grown and diversified, and he is now growing alfalfa hay and carrot seed in addition to dryland wheat.

Serving on the Wasco Electric board the past three years has been a valuable learning experience. The training and time invested has increased his knowledge of the changing electric industry as well as how Wasco Electric benefits the local community.