Meet Your Board Candidates 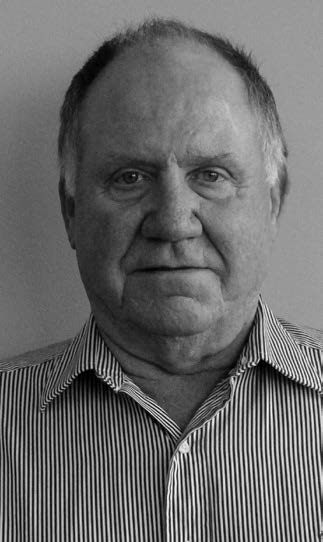 Bob is the fourth generation to farm the land on Center Ridge near Dufur. Bob raises wheat and cattle on Center Ridge, Tygh Ridge and in the Boyd area.

Bob grew up on Center Ridge. He attended grade school and high school in Dufur. After graduation from Dufur High School in 1972, Bob went on to Oregon State University, where he earned a bachelor’s degree in animal science with a minor in soils and crops. He then returned home to farm and raise a family with his wife, Nancy, on Tygh Ridge.

Bob has enjoyed learning about energy and its sources while serving on the Wasco Electric Cooperative Board of Directors and has completed the board of directors credentialed certification program.

“Being able to take an active role in providing safe, reliable and affordable energy to the members of the Wasco Electric Cooperative community has been a privilege and a pleasure,” Bob says. 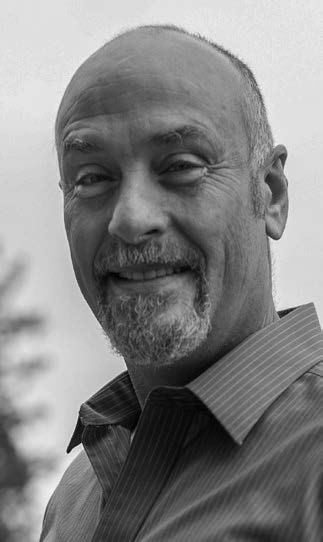 Fritz was born in The Dalles and raised on a Christmas tree farm outside of town. He attended Oregon State University and received a business degree in finance with a minor in industrial engineering in 1986. He moved to Seattle and worked for Boeing before branching off and starting a house painting business in Seattle in 1988.

In 1991, shortly after marrying, he and his wife, LeAnn, moved back to the Gorge. Fritz continued the painting business and also went into a partnership with his father on the Christmas tree farm. In recent years, the farm has added cherries and blueberries to the mix. LeAnn works for Mid-Columbia Medical Center.

They have two daughters, both of whom also graduated from Oregon State University. Makenzie is a civil engineer in Salem and Haley is plant superintendent of The Dalles downtown plant with Oregon Cherry Growers.

Fritz recently concluded five years as a business adviser for the Small Business Development Center at Columbia Gorge Community College, helping local businesses start and grow their operations. He has many years of experience running businesses, managing employees, and dealing with the problems and opportunities small businesses face.

He is a longtime member of the Wasco County Farm Bureau board and is a member and treasurer of The Dalles Chamber of Commerce board, and is active in Zion Lutheran Church. His goal, if elected, is to learn as much as possible to be a knowledgeable board member and work to maintain a reliable and cost-effective cooperative for the member/owners. 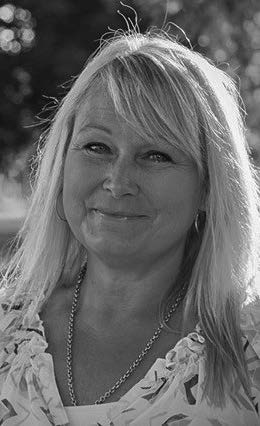 Stacy was raised in Sherman County and graduated from Sherman High School in 1985. She attended Columbia Basin College and worked at UPS and her parent’s mini-mart in Hermiston.

She returned to Sherman County in 1991 and married her husband, Brad, raising two boys on the Eakin family farm near Grass Valley all while working for the Sherman County School District as a teaching assistant and librarian. In 2010 she became full-time support on the farm as bookkeeper, tractor driver and ag tech.

Her family has been Wasco Electric Cooperative members for four generations. She is looking forward to serving as a board member. 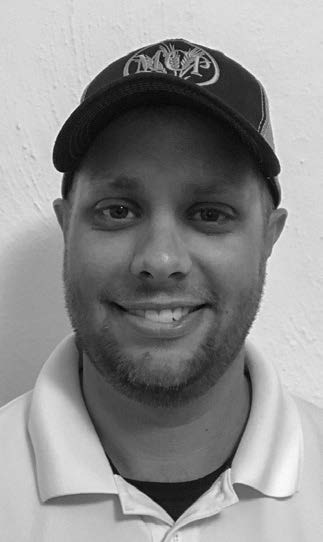 After spending a year selling farm equipment in Gresham, Oregon, he had the opportunity to return to the area he grew up in when he was hired by Bank of Eastern Oregon as a loan officer. He worked at the Moro and Condon branches. After nearly nine years in banking, Justin switched professions and was hired by Mid Columbia Producers Inc. as a grain originator/merchandiser.

Justin and his wife, Alyssa, who grew up in Tygh Valley and Wamic, live near Moro. They are developing the former site of the Bourbon elevator between Grass Valley and Kent, where they are building a new home.

Justin understands how important volunteering is to our rural communities. This was instilled in him and his brother by both their parents while they were growing up. Whether it be serving on boards and committees, or giving your time for things such as youth activities, this is what makes our communities the great places they are to live in.

Justin serves on the board of directors for the Sherman Development League and Sherman County Cultural Coalition. He has also served on the Sherman County Board of Property Tax Appeal, North Central Livestock Association, and coaches and officiates youth sports. 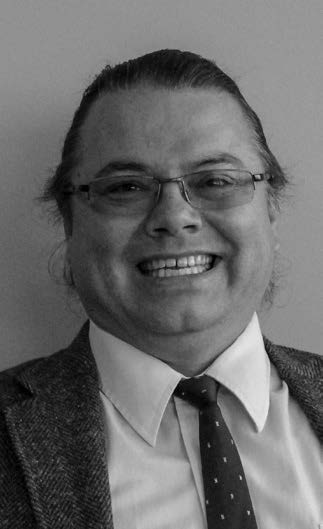 I want to take this time to communicate what an opportunity it has been serving as your director for the past 12 years, the past year as your president.

My wife, Cecelia, and I live with our family in Simnasho in South Wasco County on the Warm Springs Indian Reservation. We have six children: five daughters and one son.

I am the tribes’ director of managed care and have been employed with the tribes for the last 21 years.

The past three years have been challenging for the electric business. We are fortunate to have versatility in sources of power generation on our system.

“With hydro being the main source, but also having wind as a major player in our region, it gives all of us the opportunity to appreciate our energy needs and what we do daily that contributes to that need and how we each are productive in our communities, working together for the good of our membership,” Michael says.

By staying current on our needs and educating ourselves, we will be able to evaluate all avenues and make decisions that are best for the membership and to provide all of you with reliable, low-cost electricity. 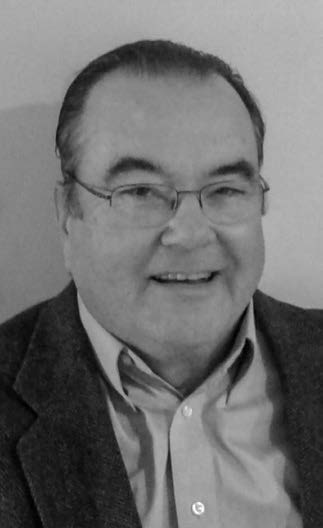 Pat was born and raised in The Dalles and is a rancher in southern Wasco County. He and his wife, Margaret, have lived the past 42 years on their family ranch near Wamic, Oregon.

His daughter, Brandy, works in the legal department at the University of Oregon and his son is an English teacher for the Salem School District.

Pat graduated from Wahtonka High School, attended Lane Community College and graduated from the Oregon-Washington Carpenters Apprenticeship Training Center as a journeyman. Pat worked on many large construction projects before being elected business manager for the United Brotherhood of Carpenters. Pat also held the position of regional manager for the Carpenters Union for Oregon, SW Washington and Southern Idaho. At the time of his retirement, he was political director for the Pacific NW Council of Carpenters for Oregon, Washington, Idaho and Montana.

Pat has long admired the work that the Wasco Electric Cooperative Board of Directors does to enhance our quality of life. If elected, Pat would work hard to continue the type of great leadership the members have come to expect. 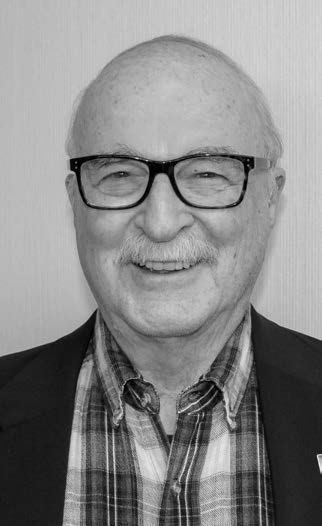 Dennis is a graduate of Maupin High School and following graduation, he married his high school sweetheart, Donna. Together they have five adult children, 12 grandchildren and six great-grandchildren.

Dennis attended the University of Portland where he obtained his bachelor’s degree in mathematics and later obtained his master’s in public administration from Boise State University.

Following his graduation from the University of Portland, he joined the Air Force, where he began his 21-year career as a pilot, flying 197 combat missions, retiring in 1984 as lieutenant colonel.

Following his Air Force career, he worked the next 14 years for Boeing in their military aircraft division.

In 1998, Dennis and Donna returned to Maupin, where he has been actively involved in public service. He has served on the school district board, the credit union board, on the Maupin city council, mayor of Maupin, president of the League of Oregon Cities board of directors and the Oregon Mayors Association board of directors. He is currently president of the South Wasco Alliance and the Wy’East Resource Conservation and Development Council.

Dennis says, “In the several years I have worked with and watched Wasco Electric’s focus on providing electric energy to the region and District 3, I see their focus dovetails with the experience I have gained in city and league government and the wide variety of organizations and leadership opportunities all the way back to when I was an Air Force wet-eared lieutenant. I am prepared to embark on a new adventure in public service with dedication and energy. And humor. If it ain’t fun, why do it?”