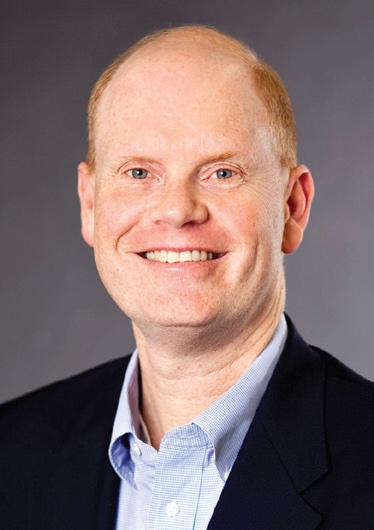 Ted Case is executive director of the Oregon Rural Electric Cooperative Association in Salem. A native Oregonian, Ted spent 20 years in Washington, D.C., including stints as staff director of the House Water and Power Subcommittee that oversees the Bonneville Power Administration.

The Oregon Legislature is underway, and the leaders of both the House and Senate— along with Gov. Kate Brown—have made clear that passing cap-and-trade legislation is a priority. A cap-and-trade program, which California enacted several years ago, is designed to put the state of Oregon on a path toward reducing its carbon emissions.

The “cap” on emissions is a firm limit that gets stricter over time. The “trade” part is a market for companies, such as utilities and manufacturers, to buy and sell allowances that let them emit only a certain amount of carbon, as supply and demand set the price. As you can tell, it’s a bit complicated. For Oregon’s electric cooperatives, the issues are exceedingly complex.

The good news is that for Oregon electric cooperatives such as Wasco Electric, your actual carbon emissions are relatively small because of your reliance on the emission-free hydropower from the Federal Columbia River Power System. In fact, I will argue that Oregon cannot meet its ambitious carbon reduction goals without the renewable resources from our federal dams. Ironically, the state of Oregon has aggressively pursued policies and operations that significantly reduce hydropower generation at our federal dams.

There are other issues for us to consider. What will a cap-and-trade program mean for family-wage manufacturing jobs, which are so important to providing economic opportunity in rural Oregon? It would be devastating if these manufacturers were compelled to relocate to states such as Idaho that do not have a similar program.

Then there is the price at the pump. Emissions from the transportation sector account for approximately 40 percent of the state’s emissions. One economic study concluded that, under a cap-and-trade program, gasoline could increase immediately by an estimated 16 cents a gallon. This could disproportionately harm rural Oregonians, who often have to drive long distances for basic services such as health care.

Clearly, there are many unanswered questions about how this proposal will affect electric utility rates, our major industrial sectors, jobs and transportation costs in rural Oregon. What is known, however, is that this proposal has undeniable momentum and likely will pass the legislative assembly. Accordingly, we have no choice but to be at the table with the Oregon Legislature and Gov. Brown, forcefully making the case that Oregon cannot solve a global problem on the backs of rural Oregonians.